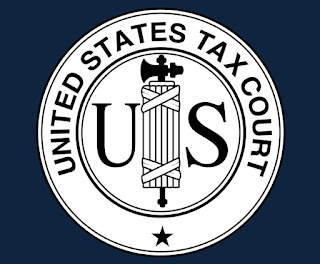 On May 29, 2020, Chief Judge Maurice Foley announced new procedures for conducting Tax Court proceedings remotely, in light of the COVID-19 national emergency. In so doing, Judge Foley noted that with trial sessions held in 74 cities throughout the country, the sessions typically involve a great number of people in the courtroom which include not only the litigants themselves, but also people representing clinics, pro bono programs, as well as Court personnel.

Along with the announcement, the Court published newly-amended standard forms to guide Tax Court litigants through the way in which trials and hearing will be held, effective immediately until further notice.

The Notice Setting Case for Trial will now include, under the place of trial, the city chosen by the taxpayer, with the legend, “THIS TRIAL SESSION WILL BE CONDUCTED REMOTELY.” Parties are directed to be prepared to try the case “at a proceeding to be held using Zoomgov…”  Under a new heading called “ACCESS REMOTE PROCEEDING,” all notices setting case for trial will now provide instructions on how to access the remote proceeding including dial-in information. The Court’s Notice itself will also include the meeting ID and a password.


Technology. For remote proceedings, you must appear before the Judge as instructed in the Notice Setting Case for Trial. That may be by telephone or by video. Information on how to use Zoomgov, including tips, can be found on the Court’s website, www.ustaxcourt.gov. A personal Zoom account is not required, and there is no cost to you. If you have any concerns about your ability to fully participate in a remote Court proceeding, you should immediately let the Judge know.

Another new section added to the Standing Pretrial Order provides,


Remote Proceeding Access. Parties shall be responsible for ensuring, to the best of their abilities, that they and their witnesses have adequate technology and internet resources to participate in a remote proceeding. The parties should log on and test their connections at least 30 minutes before the proceedings scheduled time.

The Court’s recommended format for Pretrial Memoranda has been amended with the addition of the phrase, “Remote Proceedings” at the top of the page.

A few weeks ago, we published in Tax Notes Federal, “COVID-19 and the Tax Court: Time for Virtual Trials?” [republished below] where we described how difficult it is now for Tax Court judges to do their jobs.

Even before COVID-19, a judge living in the Washington, D.C. metropolitan area  has  to take two flights to get to most of  the 74 metropolitan areas it serves  and live out of a hotel room for anywhere from a day or so or up to two weeks.  Now with the safety protocols of the pandemic it would seem for their own safety, the judges on the Court will surely welcome a switch to video conferencing and trials.

The entire government is in the process of reinventing itself in the face of the new normal.  As a court of nationwide jurisdiction where the Court comes to the people, the Tax Court is in a unique position now to transition to virtual litigation.  Considering the fact that we are only within a few months of the onset of the pandemic, its seems as though the Tax Court under Judge Foley’s leadership is at the forefront of setting the stage to play its enormous role in tax administration in the 2020s and beyond.

As the world moves ever so slowly out of the emergency phase of the coronavirus pandemic to some middle ground of new rules before a vaccine is widely available, government agencies and the judiciary will reinvent themselves to carry out their missions effectively.

Tax professionals throughout the United States are trying to visualize the immediate future and how they will serve their clients vis-à-vis the IRS examination and collection process. It would seem natural for the Tax Court to now migrate to a fully efficient virtual system and completely do away with the need for live calendars and court appearances.

The Tax Court is unique in the world of specialty courts and has its own proud history. The court is a federal trial court of record established by Congress under Article I of the U.S. Constitution, which gives it the power to “constitute tribunals inferior to the Supreme Court.”

Although taxpayers may choose to challenge the IRS in a variety of legal settings, the Tax Court is the only forum in which taxpayers may do so without having first paid the disputed tax in full. Parties who wish to challenge the assertion of taxes may also bring an action in any U.S. district court, or in the U.S. Court of Federal Claims; however, these venues require that the tax be paid first, and that the party then file a lawsuit to recover the contested amount. Tax Court judges are appointed by the president for a term of 15 years, subject to presidential removal for “inefficiency, neglect of duty, or malfeasance in office.”

The first iteration of the Tax Court was the “U.S. Board of Tax Appeals,” established by Congress in 1924 “in order to address the increasing complexity of tax-related litigation.” The board was initially established as an “independent agency in the executive branch of the government.” It was first housed in the IRS building on Constitution Avenue in Washington.

In 1942 it was renamed the “Tax Court of the United States.” However, funding limitations brought on by the Vietnam War delayed the start of construction of its own building until 1972.

Most courts in the United States, both federal and local, have jurisdiction over a geographical area. In the Tax Court, taxpayers bring suit against the IRS by filing a simple petition in Washington, but the rules allow them to designate where they want their trials to be held.

The taxpayer can choose (even if he doesn’t live there) from a long list of cities spread throughout the United States, which Tax Court judges visit for as little as a day or so, to two full weeks, to conduct hearings and try cases.

Travel as a Tax Court Judge During the Pandemic

In these extraordinary times, it would seem, simply for their own safety, that the judges on the Tax Court would welcome a post-COVID-19 emergency switch to video conferencing and trials.

Almost all the judges have a home in the Washington, D.C. area. The weekend before a calendar is scheduled to begin, a judge and a trial clerk will fly to the city designated for trial. In most cases, because there are few direct flights from Washington to the many smaller cities, that means at least two full travel days involving two separate flights, airports, two planes to get on and off, and multiple hours of possible exposure on each flight. Then it’s a cab to a hotel, checking in, and a room that the judge hopes has been sanitized.

All this is before the judge even begins to think about where he or she will eat for the next two weeks. Are there restaurants that are open? Fresh on Monday morning, there is a taxi to a local federal building where a full-blown regular courtroom is available to the judge. If it were not for the risks incurred solely during a judge’s travels, the calendar call itself can be one of the most daunting “people to people” experiences for any judge in the best of times.

At 10 a.m., the clerk begins to read from a list of all the cases that have not yet settled or need to be heard for whatever reason. It usually takes the full morning to get through the entire list, after which the judge retires briefly and then comes back into the courtroom to announce the schedule of trials or hearings for the next two weeks.

The problem today is that when the court is first called to order, the courtroom is usually crowded and the people there waiting to be heard, are quite animated. Most people are unrepresented by counsel and are either nervous or confused about what they are supposed to do. Some are impatient and angry. Almost all of them know the Tax Court is a unique place in our government where, without first having to pay the tax the government is trying to collect, the most humble American is free to stand up and say to the whole world, “I have had it with the IRS; I want to speak to a judge.”

Rightly so, Congress’s approach to the pandemic is to get money into the hands of the people. One of the ways it does that is by passing new tax laws. Today, once again, the IRS is charged with figuring out what Congress meant when it rushed the disaster relief changes through.

In the years ahead, taxpayers will challenge the IRS’s interpretation of the new COVID-19 relief provisions -- from wanting to know why their economic impact payment was so small, to how the new net operating loss provisions or credits and refunds work. It is likely that the Tax Court will continue to be active throughout the entire decade.

The Tax Court is a taxpayer-friendly venue that is good at what it does and was not broken before the pandemic. As it is currently structured, the transition to virtual Tax Court trials should be easy, to usher in the new normal in tax administration.
Posted by Steven J. Mopsick at 2:12 PM