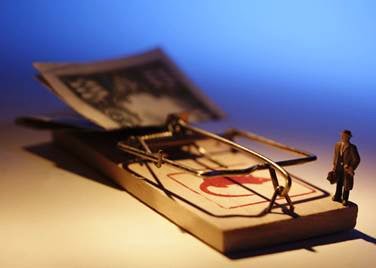 Americans abroad should be pleased that IRS Commissioner John Koskinen kept his word when he advised us on June 3, 2014, to “stay tuned” in anticipation of new OVDP guidelines. The new guidelines make a distinction between those taxpayers who have been acting willfully with regard to their failure to report foreign income and assets and those whose conduct was simply the result of a good faith misunderstanding of the requirements of the law.

On June 18, the IRS turned the world of offshore compliance on its head with multiple announcements concerning OVDP.  Within those announcements it expanded the so-called “Streamlined Procedures,” adding menacing pronouncements about a whopping possible 50% FBAR penalty and a promise of a possible 5% penalty in some cases. The new 2014 Program also comes with a complete re-write of the 55 Frequently Asked Questions, (FAQs) and new rules which beef up the pre-clearance process.  In a note of wishful thinking, the FAQs optimistically state, “It is intended that Criminal Investigation will complete its work [on pre-clearance] within 45 days of receipt of a complete Offshore Voluntary Disclosure letter. (see new FAQ 24).

A major change to the Program requires payment of the FBAR penalty with the submission of the amended returns.  This is instead of paying at the conclusion of the disclosure when a Closing Agreement is signed with the IRS which can be as long as two years from the time a pre-clearance request is initiated.

There is now, and will continue to be a flurry of new articles and blog posts regarding this recently released guidance.  Some people are simply reposting everything the IRS has published on June 18. For now, our office will focus on some of the more troublesome new IRS revelations which face overseas Americans.

The Streamlined eligibility rules for U.S. taxpayers residing outside the United States were neatly spelled out on the IRS web site along with all the other changes announced on June 18.  The process no longer involves a “risk assessment” or the $1,500 cap of unpaid taxes.

Essentially, qualifying American taxpayers  can get back into Uncle Sam’s good graces as long as they (1) meet a detailed non-residency requirement (outside the homeland for more than one of the three years for which the U.S. tax return was due), (2) prepare only three years of amended or delinquent tax returns with payment plus all the appropriate attachments with a declaration “written in red” on the first page of each return, announcing the documents are filed under the new procedures, (3)  six years of delinquent FBARs plus, (4) and here is the kicker, a signed declaration on a government form which certifies inter. alia., that the disobedient ex-patriot’s conduct for the past few years “resulted from non-willful conduct.”

There is a link on this section of the IRS web site which leads to a form labeled “Certification by U.S. Person Residing Outside of the U.S.” This is a two-pager which requests a listing of tax years, amounts owed, a self-computed interest amount, and signing the declaration which says,


My failure to report all income, pay all tax, and
submit all required information returns, including
FBARs, was due to non-willful conduct. I
understand that non-willful conduct is conduct
that is due to negligence, inadvertence, or mistake
or conduct that is the result of a good faith
misunderstanding of the requirements of the law.

I recognize that if the Internal Revenue Service
receives or discovers evidence of willfulness,
fraud, or criminal conduct, it may open
an examination or investigation that could lead to
civil fraud penalties, FBAR penalties, information
return penalties, or even referral to Criminal
Investigation.

In a space below (or on an attached page), the applicant must provide specific reasons for the failure to come clean for the past three years.  Practitioners will be interested in knowing that the procedure offers the taxpayer an opportunity to throw them under bus:


If you relied on a professional advisor, provide
the name, address, and telephone number of the
advisor and a summary of the advice. If married
taxpayers submitting a joint certification have
different reasons, provide the individual reasons
for each spouse separately in the statement of
facts.

This is to be signed under penalties of perjury, the same as if it were a tax return.

The quoted language contains a good definition of non-wilful conduct but not willful conduct, perhaps because the IRS assumes we all know what willful conduct is. It means you failed to file on purpose knowing full-well that you were supposed to, or engaged in willful blindness by intentionally failing to inquire and learn of the filing obligations of Americans abroad. The law books and blogs are filled with great definitions of “willful”, most of which focus on a voluntary and purposeful violation of a known legal duty.

This is where many people are going to put themselves in danger and the consequences of failing to come up with a sufficient excuse may cause many delinquent taxpayers to rue the day they wished for this opportunity to clear their names.

At first glance, it looks as though the IRS should get an “A” for effort with the new Streamlined Disclosure Procedure, but overseas Americans need to be very careful about what they write on the Streamlined forms if they have no reasonable basis to blame their return preparers for not knowing what an FBAR was. Some Americans abroad will follow their present “what me worry” attitude and simply blow off this new chance to clear their names, but others will see it as an opportunity to “just put something down” and hope it flies with the low level clerks at the IRS who will be reviewing these papers.

As musclebound and slow as the IRS appears to be, let there be no doubt in anyone’s mind that Uncle considers lying to its agents as a super-serious matter, and one which the government will use to make an example of someone who erroneously thought that the IRS can take a joke. The IRS has had a belly full of excuses from people in other areas of tax administration about why they are only now coming in from the cold.  As we get farther and farther away from 2009 when the first OVDP was announced, it is going to be harder and harder to convince the government that a presumably knowledgeable and enlightened American citizen abroad “just found out” about  our citizenship based tax system and the requirement on the books since the 1970s to report to the IRS on an annual basis, all their bank accounts when the sum of the balances aggregates over $10,000 via the FBAR as well as their other income producing assets which should  have been reported every year since 2011 when Form 8938 first appeared on the scene.

The message here is to be careful and not take the Streamlined Procedure lightly.  It’s not OK to “just put anything down” and assume the IRS is not going to question it.  The IRS is going to get an overwhelming number of applications under the new Offshore Streamlined Procedure and they do not have the people power to question everyone who looks suspicious or lacking in credibility.

That said, you can be sure they will not be rubber stamping these applications and some people are going to get caught filing a false statement.
Posted by Steven J. Mopsick at 4:31 PM