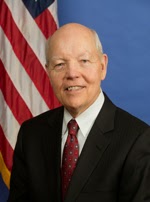 The Commissioner of Internal Revenue, John Koskinen , put the  international tax bar in suspense when he announced in a major speech on June 3, 2014,   that  very shortly, the IRS is considering publishing something which is supposed make it possible for millions of Americans abroad to start sleeping at night. In a major address before a hall filled with big shots connected to the Organization for Economic Cooperation and Development, he declared the recent offshore voluntary disclosure programs a success, and devoted three juicy paragraphs to the need for “program modifications” to allow “U.S. citizens who have resided abroad for many years….” to have a chance to “come into compliance that doesn’t involve the type of penalties” the IRS would like to impose on bona fide U.S.-resident tax cheats.

Tax practitioners generally give the IRS’s OVDI program a barely passing grade if only because the Service has put their best people on the front lines who are uniformly solid professionals. However, the long waiting time to get an agent assigned to a client's case and the “one-size fits all” approach is simply bad government.

What should we expect? So the question is, what are we going to get following this announcement? Is it too much to hope for something like a safe harbor revenue procedure for Americans abroad which lists broad enough qualifications to allow middle class,  hardworking Americans overseas, who are struggling economically as hard as their counterparts here in the US,  to simply  forget about penalties and start filing? What about the 43,000 people who have already paid more than $6 billion in back taxes and a 20 to 27.5% hefty tribute to Uncle Sam under the various voluntary disclosure programs?   Can they now apply for refund?  Probably not if they have signed an IRS closing agreement which generally cannot be revoked or amended absent fraud or mistake.

Another issue for practitioners and the Service is how to approach cases still in the pipeline?

Are people still going to have to hire an international tax lawyer or Big Four CPA firm  to run through the soon to be announced “program modifications” to see if they qualify for relief? Advocates for tax justice for Americans abroad can take credit for the fact that a high level government official has finally acknowledged that “one size” does not fit all. He said “We are well aware that there are many U.S. citizens who have resided abroad for many years, perhaps even the vast majority of their lives.” Overseas Americans have been saying for years that their local banks in Paris, Montreal, or London are no more Foreign Financial Institutions to them, than the Piggly Wiggly is to U.S. resident Americans.

If the IRS announcement doesn’t say to just start filing and forget about penalties (which it will not), are people still going to have to apply to yet another program which works like a funnel closed at the small end and wait for over a year to talk to an agent? Why should people who are minding their own business and just trying to make ends meet have to hire a lawyer or CPA at all, just to satisfy the crazy concept that says if you are an American, Uncle Sam doesn’t care where you live, you owe us an annual tax return and an annual report on all your foreign bank accounts when they add up to over $10,000?

What about the torturous “opt out” scenario which requires people to recreate their entire economic lives for the past eight years first, before they can even get to talk to an Appeals Officer? Where is Appeals anyway in this whole process and whatever happened to the Mitigation Provisions in the Internal Revenue Manual which in a nut shell advise IRS front line troops handling FBAR cases to use good judgment?

The Commish did a great job convincing us that he really wants to help in response to the conventional wisdom that no one in Washington really gives a hoot about Americans abroad. But his speech raises serious doubt, if not skepticism, about whether the IRS could possibly be up to the job when he mentions a few paragraphs later that Congress has slashed his budget by 7% since 2010 and reduced the number of employees by 10,000. “In the absence of additional resources, our ongoing funding shortfall has major, negative implications for the agency’s ability to continue to adequately fulfill its dual mission of excellent taxpayer service [he must have been trying to crack a joke here] and robust tax compliance programs.”

For the growing group of vocal and very able advocates who actually believe there is a chance to get Washington to start thinking about the injustice of citizenship based taxation, the speech should serve as a reality check. The Commish made it clear that not even a mean-spirited Congress is going to stop the top level international career bureaucrats on both sides of the Atlantic and Pacific from moving toward a “one world” international banking and financial database. He spoke of the spectacular success of the new Global Intermediary Identification Number and Foreign Financial Institutions registration system. He said, “This system allows financial intermediaries around the world to establish their FATCA-compliant status…” to prevent the 30%  FATCA withholding sledge hammer from tripping anyone up.

The speech was in essence, a glowing “thank you” tribute to all the FATCA-friendly countries who are working hard to implement FATCA. Happily, he announced that everyone’s hard work, guided by the OECD, has spawned yet another new system called the International Data Exchange System or IDES, “to ensure that FATCA information reports can be used efficiently and effectively, not only by the IRS but by our reciprocal FATCA partners as well.” (emphasis added)

Other countries’ bothersome human rights and privacy concerns were given short shrift in the speech but at least the Commish assured us that “state of the art encryption protocols” will ensure that financial data moved through IDES “will be transmitted securely, kept confidential, and used only for tax purposes.”

We now have the new Commissioner’s attention: For the Commissioner of the Internal Revenue Service to announce that relief was expected to come “in the very near future” and the fact that he specifically acknowledged the concerns of Americans abroad, is certainly good news. The IRS has been bloodied by the Tea Pot tax exemption mess, and the fact that it is bearing most of the blame because  our tax code continues to be unmanageable and unfathomable even by the very best tax professionals. The country can ill-afford yet another blow to the credibility of an agency which annually collects  over $2.4 trillion each tax year from around 234 million tax returns.

Very few Washington insiders believe there is any hope at all of repealing FATCA and the new Commissioner made it clear that moving it forward is the cornerstone of his goal of achieving “international tax transparency.” We wish him luck in a thankless job and we realize that he is not responsible for the current state of affairs. His June 3rd speech made it clear that he has had enough time to learn the new job and he has boldly outlined his priorities.

Americans abroad have not given up hope that the new guy might show some bold leadership and a common sense approach to good tax administration. As the Commissioner has requested, “We expect we will have much more to say on these program enhancements in the very near future so stay tuned.” We are all waiting patiently and hoping for the best.