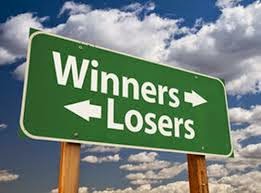 The June 18th IRS announcements have added some new words and dates to the debate, but for the practitioner, the analysis of the issues with regard to offshore compliance is still the same. Even as some of the decision points have shifted in representing clients before the tax man, the fundamental focus remains whether a client has acted wilfully or not with regard to compliance with  tax matters involving offshore assets. Now that the dust has settled a bit and we have had a weekend to study the new rules, it is clear that there are real winners and losers here.

1. The IRS is a winner because it threw the burden of proving compliance with foreign tax matters back on the taxpayer with the new Streamlined Express. Essentially, the IRS is saying, “If you haven’t been wilfully deceiving Uncle about your foreign stuff, just put that in writing and start filing returns and FBARs plus the years still open under the statute of limitations.  As long as you use a red pen to identify your returns when you send them in and pay current and three years back taxes, we will file them away and not charge you any penalties.” The government doesn’t have to do anything nearly as complicated and protracted as the back and forth two year process normally involved in a full-blown OVDP engagement with the government.

2. Taxpayers who can look in the mirror without laughing out loud are winners as long as they can say, "I didn't file because I didn't think I had to!"

3.  Both taxpayers and the IRS are winners because this frees up resources to unclog the voluntary disclosure procedures which was only intended to come into play when there was a whiff of criminal or near criminal conduct.

4. Taxpayers who were advised by “what-me-worry?” tax lawyers and CPA’s who suborned the filing of quiet disclosures are winners because they now have a chance to undo the erroneous and reckless advice they received by going through the front door under the new 2014 OVD Program. In what can only be described as a highly unusual example of governmental largess, they have been given yet another chance to protect themselves (but not necessarily their tax advisors) from criminal investigation arising from their quiet disclosures despite repeated warnings from the IRS not to do so. See new OVDP FAQ 15.


5.  The National Taxpayer Advocate, Nina Olson, is a huge winner here and the Commissioner’s very public acknowledgement of her input and contribution in a sense validates and reaffirms the very need for an ombudsman at the IRS, a few steps down the hall from the Commissioner. Ms. Olson’s phenomenal work on behalf of Americans abroad, recent immigrants to the U.S., and other people who were unwittingly tripped up by the complexity of the past OVDI programs is but another example of why it is still true that we live in a country where a seemingly insensitive behemoth like the IRS can be persuaded to think outside the box solely based on the persuasiveness of the written word.

1. Taxpayers who have already set in motion shady deals and family arrangements attempting to make themselves invisible electronically. Those who think they are completely “off the grid” might have a chance at pulling a fast one on Uncle Sam, but for the most part, these folks will be unmasked with great folly once the FATCA vacuum cleaner starts sucking up and sharing all the mega data the government expects to start receiving for the new international data bases and computer systems.  Even with a July 1 start date, it will take a while (perhaps years) for the IRS to figure out how to manipulate and absorb all the new intel, but once it does, the National Security Agency's (NSA) annual data harvest will look small by comparison.

2. Taxpayers whose facts are murky as to non-willfulness are still left with a great deal of uncertainty if they try to board the Streamlined Express without fully vetting the issue with a qualified professional. Moreover, under the new regime, the issue of when a taxpayer’s conduct might have crossed over from non-willful to willful is going to be highly relevant here. It’s one thing for a person to say he had no idea what was going on a few years ago, but quite another to say he was still in the dark in 2014.

What if the IRS disagrees with a non-willful certification? The taxpayer is stuck with the expensive ordeal of defending himself and possibly failing despite a good faith effort to follow the new procedures. A lot of what happens here may very well turn on a taxpayer’s tolerance for risk and uncertainty. Many people will be led to believe that all they have to do is “just sign the damned thing and get it over with,” but it’s not that simple. The fanfare with which the Streamlined program has been announced may lead some to believe that the IRS is signaling a big tax holiday and that it is willing to wink and turn its head on this issue. Some will rush to sign the self-certification letter with absolutely no regard for the chance that an electronic or paper trail already exists, filled with correspondence with bankers, stock brokers, book keepers, and return preparers which conclusively show that the taxpayer knew full-well that he had a tax and FBAR filing obligation but consciously chose to ignore it.

The Canadians were not losers here. At worst, they were reminded that the IRS cannot give them what they need and deserve, which is for the United States to back off, enact a residency based tax structure, and some assurance that despite the fact that Ottawa rolled over like the Swiss and other European FATCA Friendly Co-conspirators, something must be done to address the fundamental and very real privacy and Charter issues Allison Christians, Lynne Swanson, Victoria Ferauge, and American Citizens Abroad have been talking about.  With its shared culture and proximity to Washington, there should be a great incentive now for a follow up with both governments to craft an arrangement which addresses these highly complex issues.  A repeal of FATCA is simply not going to happen and Congress is not likely to be up for a debate on RBT vs. CBT, but that does not mean the privacy and Charter issues are going to go away.

Avoiding a Train Wreck: With the June 18 announcements, the IRS may have come up with a good way to avoid a near certain train wreck of its own making if it didn't do something soon about its offshore compliance program. While the Commissioner has praised the various OVDP progress as a huge success, no government program can be deemed a success if it takes more than a year to get an agent assigned to do the work that needs to be done to allow a taxpayer to take care of a tax issue and get on with his life.  The IRS has conceded finally that “one size does not fit all” and the agency now has the chance to dispel the widely-held perception that it was not up to the task of sorting out willful from non-willful conduct and in the process bring the long standing voluntary disclosure protocols to a standstill.

The IRS is essentially saying: "If you say so, we're done!  We don’t even need to talk to you. As long as you remember to use red ink at the top of three years of honest tax returns, and give us six years of FBARs, we trust you so much, chances are you may never hear from us again. Not even a note saying 'good job!'" This of course, assumes you get the paperwork right and can back-up your non-willfulness certification with real proof if the IRS decides at some time down the road to audit you and ask you why it should believe you when you say you didn’t think you had to file tax returns or FBARs during all those years in which the IRS had never heard from you. Keep in mind, the IRS may view the facts and equities of a case very differently than the taxpayer, hence the trap for the unwary as I previously wrote about here.

The concept of making a voluntary disclosure is still alive and well:  The recent OVD programs were of course, modern iterations of an American tax enforcement policy that dates to the early 20th Century days of national tax administration when today's vaunted IRS CID was known as the "Intelligence Division." If a person wants to confess a tax crime before the government finds out about it, you won't face criminal investigation and sanctions as long as you cooperate and tell the truth.

While it was a good idea to give people with secret overseas accounts a chance to get straight with Uncle Sam through the various OVD programs, the funnel got clogged at the small end when people who were highly unlikely to attract the time and attention of an IRS special agent in the first place started to use the OVD programs as a kind of "comfort ruling" process with the IRS.

There is an interesting irony at work here. The underlying basis for FATCA reporting, FBARs, and filing Form 8938, Report of Foreign Assets, is that we were wrong when we enacted a voluntary self-reporting system when the income tax was first enacted.  In fact the Founding Fathers had it wrong! The FATCA/FBAR self-disclosure of foreign accounts and assets is founded on the very undemocratic, Hobbesian idea that the citizenry is not in fact enlightened or inclined to “do the right thing” and that the poor slobs could not be trusted to truthfully self-report all their “taxable events" on an annual income tax return. With FBARs and FATCA, the underlying premises of Jefferson, who adored the writings of John Locke two centuries before him, and the Federalist Papers were flipped on their head. The idea became, "the government would like an annual report on what you have overseas; if we don’t get back to you after you file, don’t think we are going to forget about you.”

With the Streamlined Express, the IRS has recognized that it is ill-equipped to hold everyone's hand including old ladies in Canadian nursing homes who swear they see armed IRS special agents lurking around the bushes at night ready to arrest and humiliate them because they have disgraced themselves by failing to recognize their obligation as dual citizens to honor America with an annual tax return for all these years.

At the end of the day, Uncle Sam gets the last laugh here.  With all the mega-data he hopes to get from FATCA (as long as the computers don't start blowing fuses when the switch is  flipped on July 1) he's going to find out eventually, what kind of electronic and paper financial footprint-record you have made for at least the last three years.

Be Careful What You Wish For: This is only the first inning. We have yet to see whether the new FATCA technology will live up to its anticipated promise of an efficient, “one world” financial and banking data base. Despite the new names and new procedures nothing has really changed. At the end of the day, the basic rules are still in play: be careful what you wish for and don’t think the government is stupid. It may be slow and musclebound but it has a long memory and one thing it really hates is when people lie to the IRS about their taxes.
Posted by Steven J. Mopsick at 1:58 PM