Living With FATCA Uncertainty: What Should A Foreign Financial Institution Do Until A Bilateral Agreement Is Signed? 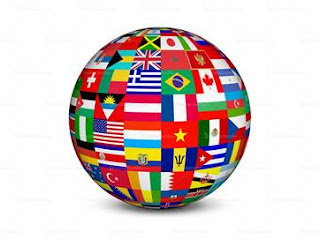 I will be chairing an international conference in Miami this week on FATCA compliance. Here is an advance read on some of the issues I plan to discuss with the people who will be coming from all over the Caribbean and Latin America.

With the publication of the Final FATCA Regulations last week, we learn the next big FATCA timeline date is July 15, 2013—the date the IRS is opening its aptly called FATCA Registration Portal—the door to the Byzantine world of compliance with the myriad duties of an IRS withholding agent. This summer starts the long awaited beginning of the creation of a virtual international banking data base by which the names and account details of American depositors in foreign banks and financial institutions are automatically updated and reported to the IRS. If things work out the way the IRS counterparts in each FATCA-friendly jurisdiction hopes, that data base will also include the names and detailed account information for people who may be avoiding taxes in their own homelands once the home countries sign a FATCA bilateral agreement with the US Department of Treasury.

For the client, the foreign financial institution whose managers are wondering what to do about FATCA, the stakes are huge. With the publication of the Final Regulations and the policy statements in the preliminary texts, it is now overwhelmingly obvious that the best interests of every government whose people do business with Americans, is to save them and their financial institutions from having to maintain an "up close and personal" relationship with the hulking IRS.

In most cases, once the bilateral agreements take effect, individual FFI agreements will become superfluous as foreign banks cough up the names of their Americans to the IRS through their respective governments and existing Competent Authority offices.

Yet despite the recent Treasury announcement that 50 countries want to talk to the US about a bilateral agreement, the Treasury website which was updated last week, only shows three countries who have signed so far (Denmark, the U.K. and Mexico) and six others who have agreed to FATCA–friendly press releases.

If every foreign financial institution abroad with American customers were to sign up on July 15 for their fair share of FATCA abuse, the IRS FATCA Portal computers would pop their fuses. Even the IRS realizes it would be a daunting challenge to manage an ongoing reporting relationship with every bank in the world and that it would be a lot easier if the IRS could collect the data it wants on Americans from one source in each country as opposed to thousands of banks all over the world.

But the reality is, for most countries, this is unlikely to happen in time for the FATCA effective dates. Once they kick in, the IRS will have no choice but follow the law and start demanding a 30% haircut from all US source income flowing out of the United States, until each country signs up. Until they do, both the impending FATCA effective dates and the inaction or delays of foreign governments are in effect, leaving foreign financial institutions no choice but to enter the Portal to Mordor.

Bank and financial managers all over the world are now in a very tough spot. What to do by July 15 if their governments have yet to sign on to FATCA?

One could easily argue that whatever you think of FATCA or your position on the debate over US overreaching, if you have American clients and plan to do business with Americans in the future, the smart business decision is to enter the menacing Portal this summer.

Here’s why:
The IRS is as frightened of FATCA as we are. Top level IRS managers and worker bees are sweating out twelve to fifteen hour days, seven days a week trying to figure out how they are going to administer this thing.

For the foreign financial institutions the stakes are far too high to wait for an elected government or their own IRS bureaucracies to come to the rescue. In the Darwinian world of international finance, the survivors are going to be measured by their foresight, initiative and action well in advance of the coming new regime.