The Unintended Consequences Of FATCA And The Bank Secrecy Act

How To Make The Government Listen To The Plight Of Americans Abroad And Recent Immigrants To The United States- What Works; What Doesnt﻿ 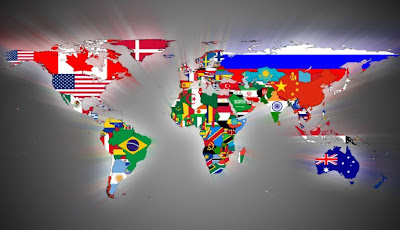 One of the hottest issues in tax compliance today is how to make the U.S. government address the unintended consequences of the IRS’s relatively new emphasis on FBAR compliance under the Bank Secrecy Act, and FATCA for Americans abroad and recent immigrants to the United States. There is a rising ground swell of protest throughout the world among Americans abroad who have no real economic connection to the United States who have established permanent roots in foreign countries and believe there must be some mistake if the U.S. government intends to lump them together with stateside tax cheats who are using offshore accounts to hide their money.

Recent immigrants who are simply happy to be here and consider themselves to be the luckiest people on earth having attained US citizenship, are now terrorized at the thought that the U.S. government may have set a trap for them by not telling them at their naturalization ceremonies that any family money they may have left back home is now subject to annual reporting, penalties, and worse once FATCA kicks in as their banks in India and England are scrambling to get on the FATCA band wagon and report all suspected Americans to the IRS for having bank accounts in a foreign country.

Web-based rabble rousers in some locations are whipping up a frenzy of suspicion and alarm by claiming the U.S. government has purposefully targeted Americans abroad for special abuse when the truth is, there is absolutely no support in the legislative history of FATCA or the Bank Secrecy Act for the proposition that Congress or Treasury ever thought about Americans abroad when the legislation was passed. In fact, it was the furthest thing from anyone’s mind when these two laws were enacted.

It is now becoming obvious to good-willed people at the IRS and on Capitol Hill, that the requirement to file FBAR's was never intended to apply to Americans abroad with little or no economic connection to the U.S. and the once popular but now despised offshore voluntary disclosure programs are nothing short of a malicious compliance slow torture requiring thousands of people to spend a small fortune on lawyers and accountants just to prove that tax avoidance was the furthest thing from their minds in the conduct of their financial affairs.

All that said, the democratic process still works as organizations such as Americans Citizens Abroad and Democrats Abroad work within the system by letter writing, appearances at IRS hearings, communication with the IRS National Taxpayer Advocate, meetings with key Congressional staff and members, and crafting well-reasoned, respectful and well-researched papers which are appearing on web sites, blogs and elsewhere to get the message out: tax compliance is enhanced when the people see tax administration as fair, responsive, and proportionate. I for one believe the IRS, for all its muscle-bound faults, is run by people who genuinely believe this is the way to run the organization.

Undermining this whole process is a rabidly strident internet group which claims to speak for Americans abroad which is doing nothing but damaging the tax justice movement for Americans abroad by promoting misinformation and irrational fears by the use of race baiting, hyperbolic screeds, and plain mean-spiritedness. We are told that Americans citizens in droves are flocking to renounce their citizenship when the record shows that 576 ten thousandths of one percent of the US population of 310,500,000 renounced their citizenship in 2011. We hear from self-anointed leaders who apparently are experts on God, natural law, the Fifth Amendment, and the IRS that any minute now, the United States is going to collapse economically and as a last gasp effort to save itself, is about to attack and annex Canada so that the IRS can get its hands on all the tax protestors and other tax cheaters up there and teach them a thing or two about flaunting their tax obligations.

We are told that FATCA is nothing more than another iteration of American hegemony which is being resisted by governments and bankers all over the world who are about to rise up in protest. The reality is the international banking community is falling all over itself to invest billions of dollars to reinvent its computer infrastructure as dozens of European and other governments scramble to get on the FATCA bandwagon to help create an international banking data base which they can’t wait to get their hands on.

Why bother to spend any time at all on this message? The answer is we all need to stand up to the bullies of the world and in this age of instant information sharing, expose crack pots and those who hate this country and wish us ill for what they are.

Some years ago, Congress passed a law which said that the IRS could no longer refer to certain crack pots as "tax protestors." This was met with howls of laughter among the IRS rank and file who quickly came up with other code words for the people I am describing here: whack jobs, wing nuts, kooks and weirdos. Back at the IRS when we used to get letters and screeds about natural law, the unconstitutionality of the Internal Revenue Code, and comparisons of the IRS to the Gestapo, we used to howl with laughter before we placed them in a circular file on the floor where they were kept until the end of the day before they were hauled off to a huge trash dumpster in the basement of the building.

The tax justice movement for recent immigrants and Americans abroad is alive and well in spite of the efforts of those who seek to malign and tear down this country, its government and citizens. People of good will cannot remain silent in the face of crass bigotry and small mindedness.