Another FATCA Red Herring: A Good Way To Defeat FATCA Is To Defeat Obama In November 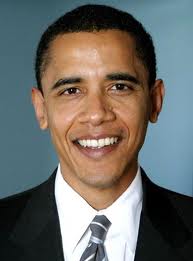 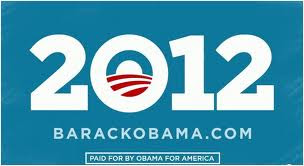 This past week, the Isaac Brock Society published another interesting thread which basically asked if Obama deserves to be re-elected in light of FATCA, OVDI, and FBAR's.


Here are some slightly edited comments I posted: (You can see the origional post here)


The title to this “debate” reminds me of some cranky old fart law professors who delight in playing mind games with their terrorized first year students around the theme and variation of, “let me frame the question and I’ll have you giving me the answer I want.” One would have us think that Obama (or worse, the Democratic Party) is single-handedly responsible for FATCA, FBARs, and the muscle-bound perceived insensitivity of the IRS. Even a superficial reading of history from the time of the enactment of the Bank Secrecy Act in the 70′s through the Reagan Bush era will show that the Republicans share the blame equally with the Democrats for the failure of government we are now experiencing.

Let’s change the question a bit to read, “Given the disaster we are now experiencing with FATCA and an unworkable Internal Revenue Code, shouldn’t we vote for “Mitt ” Romney who we all know has the will and the way to make all our problems go away”? Sounds stupid doesn’t it??


In response to a Brocker who raised the question of why US homelanders don’t seem to care, I wrote:
It is not that homelanders don’t care, rather they are consumed by their own economic problems. The issues facing Americans abroad need to be well-articulated and organized. That’s why organizations like American Citizens Abroad and Democrats Abroad are so important. Politicians everywhere respond to money and where the votes are. If there really are seven million expatriate votes out there, that  would make a difference. The problem is there is only a tiny fraction of people who are vocal and getting organized. The real truth is the vast majority of Americans abroad don’t really care either because they are so far off the radar, and so completely underground, they figure it is highly unlikely that they will get caught. That said, the Isaac Brock Society is playing a critical role as a lightning rod and is getting plenty of attention. You need to keep up the good work. There are some politicians in Washington who really care (can’t think of any at the moment) but it is going to be a long hard fight to turn things around. One thing is for sure though: Obama as an issue is a “red herring.” If anyone thinks that a changing of the guard at the White House is going to matter at all, you are setting yourself up for a big disappointment.
Another blogger raised the issue of arguing about FATCA’s negative impact on Americans seeking work abroad: I wrote:

I totally agree with Phil Hodgen that the argument needs to be expressed in terms of the economic effect on Americans inside the US and their ability to compete for jobs abroad, but don’t fool yourself into thinking that the answer is the repeal of FATCA. That’s not going to happen.
The FATCA train has already left the station and if you read the international banking journals and other business publications, apart from some worn-out, “heard it before” griping, no one in any position of authority in or out of governments abroad or in the international banking/brokerage community are singing that tune. The Big Four accounting firms can’t hire FATCA experts and computer people fast enough to keep up with the demands of their mega-clients who see FATCA as a sure fire way to make more money.
The talk in the bank board rooms and at the secret meetings at the fancy international resorts is how to implement FATCA so as to avoid any interruption at all of the billions of dollars in profits which continue to pour into the banks and the brokerage houses all over the world. In fact the big boys are using FATCA as an excuse to completely modernize their computer infrastructures to get ready for the planned shared international banking customer data base which will be the cornerstone of international banking for the rest of the twenty first century.
The banks and brokerage houses abroad are spending billions, not to thwart FATCA but rather to figure out how to make it work smoothly while they pass the cost of compliance on to all their depositors, big and small. The official IRS response to the FATCA pitfalls which deny Americans the freedom and opportunity to take jobs whereever they choose is probably going to be, “shut up and just comply. The earned income exclusion and the foreign tax credit is all you get unless Congress says otherwise.” I know that my comment here is going to absolutely infuriate many Brockers who read this but please don’t kill the messenger. Unless I am living on another planet, what am I missing?
My further response to another Brocker was,
As I wrote earlier regarding a canned White House response to a Brocker which generated an interesting thread, a good idea might be to target attainable issues first rather than for example, lobby for a revision to world-based taxation, or some larger goal. An attainable goal would be something simple: a no brainer like real amnesty for Americans born abroad with little or no economic connection to the USA or a simple IRS announcement which says if you are an American living in a foreign country and you have thought about the Internal Revenue Code about as often as you think about moving to a fishing village north of the Arctic Circle, then forget about FBARs, FATCA, OVDI, or flooding the over-worked, underappreciated employees of the IRS with a bunch of delinquent tax returns which show you don’t owe the IRS anything.
I have written an article about the first one–amnesty for foreign born Americans– which is slated for publication in the July 9 edition of Tax Notes and Tax Notes Today. I cannot circulate it until it is published by TaxAnalysts but I will get permission to do so once it is.
The point is the Isaac Brock Society is not going to change the world but you have considerable clout and credibility if you choose your Queenston Heights carefully. (Queenston Heights was the hill Isaac Brock died on in the War of 1812 between the United States, Canada, and Britain.)