IRS To Receive $80 Billion For Enforcement: Time to Get Right with the IRS? 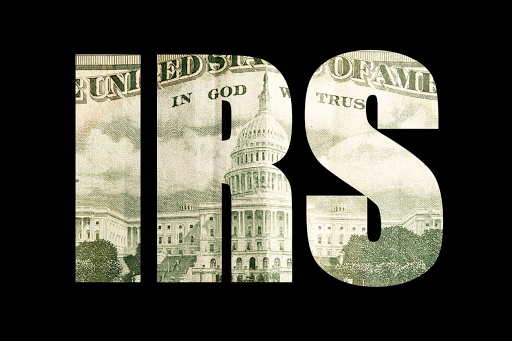 IRS To Receive $80 Billion For Enforcement: Time to Get Right with the IRS?

The Administration’s recent announcement that it wants to spend $80 billion on the IRS to beef-up enforcement should make some folks wonder if now is a good time or bad time to pay attention to their own long-neglected IRS issues. For many, these are issues which may have been dormant because the government hasn’t had the time or money to chase them down.

In addition to ongoing audits and collection action, many people have unresolved IRS matters which the IRS doesn’t even know about.

The idea behind a tax system based on self-reporting and self-assessment comes from the days of the Founders. Even though there was no income tax then, they gave us the idea that an enlightened citizenry (think Tom Jefferson and Ben Franklin) could be relied upon to truthfully disclose all their taxable income on a sworn annual tax return when Congress enacted the income tax about a hundred years ago.

That said, most people try to file a substantially correct tax return out of fear of the humiliation and cost they will suffer if they fail to file or submit false returns. Eighty billion is a number even IRS advocate and former Commissioner John Koskinen said was more than the agency could handle.

The IRS, an integral part of the process of governance, has been so hobbled by a decade of under-funding and staffing shortages, now finds itself on the ropes, unable to manage even the simple function of timely responding to taxpayers’ phone calls looking for help in understanding a system which to date, has yet to undergo anything close to “tax reform” since perhaps 1986.  That said, the agency has argued in the past that it doesn’t need new laws to help it do its job but rather, enough people to do it.

For example, it has been more than a decade since Congress enacted FATCA[1]  with a reporting regime so extensive and duplicative, it has ushered in a new area of “information returns” which stands the principle of “self-reporting” on its head.  Some wonder what the IRS has been doing with all the information it has been receiving from FBARs and disclosures of foreign accounts and investments. Is the intel gained from the Panama Papers[2] being processed by the very same 1960s-era computer infra-structure we hear about?

Now comes the wreckage caused by a once-in-a-century plague on an already muscle-bound government agency of close to 100,000 people and leaves tax administration in the leading country in the free world, barely holding on, seemingly making it up as they go along largely  ineffective and on the brink.

To give the IRS unlimited resources for tax enforcement means their capacity to match up their computer data will be greatly enhanced. Query whether the vast trove of data the IRS has been receiving from FBARs and other information returns is sitting in some FBAR Cloud somewhere waiting to be matched up to IRS forms 1040?

Under the new proposal, there will more agents and special agents in the field to open audits on high dollar individuals, large corporations, partnerships and joint ventures and international businesses.

Requesting Congress to give the IRS $80 billion is surely an opening bargaining position for the Administration; but it is clear that some very large infusion of cash is likely going to be added to the IRS budget over the next several years.

Top level IRS advisors and managers will be defining  new “program areas” of focus in the Large Business and International Division and start new “audit projects” and “initiatives” which until now, were unthinkable to top level managers of an agency which has been forced for years to do its job with one hand tied behind its back while tax scofflaws laugh when they hear about the low audit rates.

This added muscle power could be a chance for the IRS to dispel the widely held notion that it is overly attentive to auditing the little guy, the small businesses, checking to see if they were overstating their allowable expenses for meals and lodging.

The IRS will also revisit not only their accounts receivable but also cases until now classified as “uncollectible.” It may also be the chance to end the odd-ball practice of out-sourcing IRS collection work to private bill collectors to do the intrinsically governmental function of protecting the fisc.

Is now a good time to contact the IRS?

The answer is usually, “it depends.” In almost every instance it might be a good idea to find out what is really at stake.

For those who lose sleep wondering what to do about unfiled returns, unreported foreign-sourced income, an unreported cash flow “on the side,” long-standing use of fake deductions, gross employee misclassification to avoid payroll taxes---their demon is the  uncertainty of knowing what will actually happen to them with a recharged IRS?

Are we talking about actual criminal conduct? What about large civil penalties? Is there a risk the IRS will start seizing bank accounts? Will more people start going to jail?

The IRS will now have the money to recruit, train, and put to work qualified people to do their jobs with laws which have been on the books for decades.

It may take a few years before we see the effects of a massive infusion of money into the operations of the IRS. That said, it is still true that if a taxpayer comes forward with a compliance issue before the IRS comes to them, they can usually count on significantly more favorable treatment than if they had waited.

In my next blog, I will describe a new and very significant shift in the IRS position on how it feels about “quiet disclosures.”  It can be a very nuanced analysis and it may not be for everyone but in some situations after a careful risk assessment, the best course is to simply file delinquent or amended returns and forget about it. The IRS may not send you a thank you letter but they are far more likely to inquire after non-compliant taxpayers who haven’t even bothered.

[1] The Foreign Account Tax Compliance Act (FATCA),, generally requires that foreign financial Institutions and certain other non-financial foreign entities report on the foreign assets held by their U.S. account holders or be subject to withholding on withholdable payments. The  Act also contained legislation requiring U.S. persons to report, depending on the value, their foreign financial accounts and foreign assets.

[2] The Panama Papers (Spanish: Papeles de Panamá) are 2.6TB of data or 11.5 million leaked documents that detail financial and attorney–client information for more than 214,488 offshore entities leaked beginning on 3 April 2016. The documents, some dating back to the 1970s, were created by, and taken from, former Panamanian law firm and corporate service provider Mossack Fonseca.

[3] The gross tax gap is the difference between total taxes owed and taxes paid on time. The most recent IRS tax gap report was released in 2019 and covered tax years 2011–13 (IRS Research, 2019). For those years, the IRS reported an average annual gross tax gap of $441 billion (slightly over 16 percent of total tax liability). Of this, the IRS eventually recovered $60 billion through voluntary late payments and enforcement activities. That left an average annual net tax gap of about $381 billion (or about 14 percent of total tax liability).