ANOTHER FATCA DELAY: Good for the Banks but Nothing for Americans Abroad 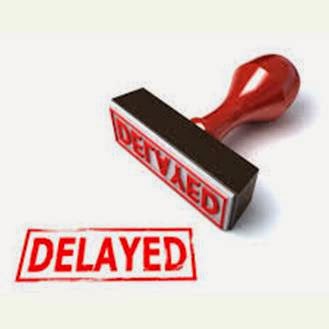 In a ten page notice released late last Friday afternoon, the IRS published additional FATCA guidance, which at first glance may lead some wishful thinkers to conclude that the government is never going to be able to pull this FATCA thing off.  (See IRS Notice 2014-33).  At almost the same time, the vaunted New Republic magazine published a reckless article (“IRS to Tax Dodgers: Your Swiss Accounts Are Safe—A delay in a new rule will protect big banks’ big shot clients”) whose message is, the hard work of lobbyists for the financial industry has paid off again. Foreign banks and big time American tax evaders can breathe a sigh of relief and take their time to find alternative ways to hide their money and further erode the American tax base.

A quick read of the IRS Notice makes it very clear that this new delay is solely for the purpose of making sure that foreign financial institutions have enough time to get it right when they start “outing” their American depositors.  It says nothing at all about any liberalization of the draconian and absurd FBAR penalty provisions or how to streamline the cumbersome voluntary disclosure procedures, nor does it add one whit of common sense to the OVDI process when the 27.5% tribute is ten times or more the amount of tax due on unreported income.

While it is true that foreign financial institutions have had since 2010 to get their acts together and bring their outdated computer infrastructure into the 21st Century, it has taken almost four years for the entire world-wide financial community to witness dozens of countries falling over each other to sign an accord with the United States so that their own banks do not have to deal with the notorious and feared IRS. With two months to go for the launch of FATCA, the big boys who run foreign financial institutions now get which way the wind was blowing.  The real risk of a 30% withholding haircut every time U.S. source income was moved from bank to bank was enough to get the word out that the IRS is going nowhere but forward on FATCA.

Taking a page from the Department of Health and Human Service’s playbook on “How NOT to Roll Out” a major law and policy change, the Treasury Department has taken the time to consult its public relations people and laid the foundation for the hoped for surge in on-line registrations after July 1st, by cleverly announcing that “calendar years 2014 and 2015 will be regarded as a transition period for purposes of IRS enforcement and administration” for the banks.

The Notice says absolutely nothing about the heavy burden FATCA places on individual taxpayers. It says nothing about whether 85 year old pensioners are at risk for six and seven figure penalties for willful failure to file FBAR's for past years, or whether Americans abroad will ever get through to anyone at all in Washington on why one size does not fit all when their neighborhood bank is the Royal Bank of Canada, France’s BNP Paribas or the Bank of India.

The IRS Notice makes it very clear with plenty of reassuring happy talk about the transition period, that a financial institution which does nothing but sit on its hands for two years better not expect any leniency or understanding if one of the IRS computers happens to snag some hapless entity and hits a whole day of transactions with the 30% withholding tribute payment.

The Notice says “[a]n entity that has not made good faith efforts to comply with the new requirements will not be given any relief from IRS enforcement during the transition period.” That one sentence says in effect, “we expect mistakes and glitches to occur but if your bank can somehow qualify for the yet-to-be-announced protest and administrative appeal procedures in case one of the IRS computers blows a fuse, you better be prepared to document all your efforts to modify your account opening practices and other efforts to conform to the current generally accepted international banking compliance regime, before the IRS will even consider giving you a break.”

The IRS Notice does offer some guidance on the reasonable reliance standards banks can cite in deciding whether to report a customer to the IRS; but the entire thrust of the IRS’s “guidance” on this point goes to whether or not the bank exercised enough due diligence in weeding out their suspected Americans from their other account holders.

Don’t look to the Notice for an understanding of the entirely new paradigm FATCA represents, e.g., the government no longer trusts its citizens to truthfully report their taxable events on an annual tax return. Rather, Uncle wants to know what you’ve got overseas. Once he does, he will let us know if we need to meet one of his friendly agents.

The New Republic article shows an embarrassing lack of knowledge of the workings of Washington and the tax law itself. It even suggests that using shell corporations and opening “dozens of accounts” in different places is still an available option if your lawyers and advisors are smart enough.

The most disturbing aspect of the New Republic article is it incorrectly assumes, as so many people do, that FATCA is only about American fat cats who spend all their time on the Riviera beaches or at their Swiss chalets counting their money.

While the message of the Notice is “FATCA is here to stay,” we would respectfully suggest that if the IRS could simply dedicate the same amount of resources to publishing some safe harbors for Americans abroad and recent immigrants to the United States as it did with this ten page notice, it might help repair the now dubious assumption that part of the IRS’s mission statement conveys the concept of “service” to the people it is supposed to serve.

The IRS Mission: "Provide America's taxpayers top quality service by helping them understand and meet their tax responsibilities and enforce the law with integrity and fairness to all."
Posted by Steven J. Mopsick at 11:10 AM