ONE GOOD REASON TO DO SOMETHING NOW ABOUT YOUR FOREIGN ACCOUNT: KEEP YOUR CHILDREN AND HEIRS FROM LOSING THEIR INHERITANCE TO GOVERNMENT FINES AND LAWYERS FEES 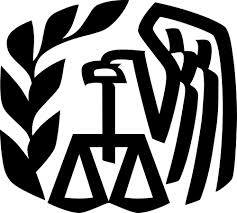 We have spoken before about the agonizing decision many people are facing today about what to do about their secret foreign accounts.  This article applies especially to those who are getting on in years and may be inclined to just blow off foreign account/asset reporting under the Bank Secrecy Act and FATCA and let their wives and children worry about it when they are gone. Let’s say your estate is big enough to require the filing of a U.S. Estate Tax return. Although most of your assets are in U.S. real estate, stocks and other investments, you have somehow managed to tuck away a little stash in a European bank which you hoped to dip into in your golden years to enjoy some of the finer things in life.

It is clear that four years after its enactment in 2010, FATCA is getting closer  to full implementation even though it could take the IRS another five years to absorb and figure out what to do with the mega data it is about to start receiving on an ongoing basis. This will happen either directly from financial institutions unlucky enough to be based in a country which has yet to have its act together in getting an IGA (Intergovernmental Agreement) with Uncle Sam, or the lucky ones in “FATCA friendly” countries who get to  rely on their own governments to deal with the IRS to “out” their American clients.

Even the most naïve and wishful thinking people are starting to realize that doing nothing is not an option. The IRS is going to get your foreign account information sooner or later. It is already happening as Switzerland and a host of other countries are rolling over, so as not to miss out on any future business involving U.S. source income.

Just to be clear, here is what happens when you die with enough money to require the filing of an Estate Tax return: hardly anyone these days who is about to receive even a small part of a seven-figure estate is silly enough to try to file it on their own. That means you probably need both a lawyer and an accountant whose first job is to “marshal” the assets of the estate. Today, this inevitably leads to the heirs’ discovery that Dad had a secret honey pot in Switzerland.

For some, the first instinct is to try to enlist the accountant or attorney into a plan to keep Dad’s little secret and just not declare the foreign assets on the Estate Tax return. You can forget that idea. Only the most reckless and unethical practitioner would risk their right to practice before the IRS or even their personal freedom with anything that resembles a conspiracy to deceive Uncle Sam.

Why not simply not tell the estate’s attorney about the foreign assets? Another bad move. Assume the Estate Tax return is filed, audited and the IRS doesn’t find out about the foreign account. What are you going to do with the money? Try to withdraw it yourself and split up the money with your brothers and sisters? Thousands of people have already learned that banks abroad are starting to give Americans a really hard time with the simplest of transactions, such as closing foreign accounts  without some dialogue about whether any withholding is called for or whether the bank is being drawn into some unwitting plot to avoid the Bank Secrecy Act.

For some who now understand that doing nothing is not an option, all kinds of creative plans are being concocted to move in the opposite direction: have their wife and adult children agree to take further action to conceal the foreign nest egg through the use of nominees, fake trusts or corporations, or converting their cash to gold and storing it in a European vault somewhere. Here is where people start to move out of the realm of just-take-your-medicine and agree to pay a 27.5% tribute to Uncle Sam as part of the Offshore Voluntary Disclosure Program, and into the world of cases which really gets the attention of the IRS’ Criminal Investigation Division. Here the risk is a three year criminal investigation and the possibility of prosecution and/or devastating penalties plus jail time. We have written many times that in the world of taxation, the dividing line between civil penalties and criminal prosecution is one of degree. It is one thing to simply have an account in Switzerland which is just sitting there, but quite another to take affirmative steps to further conceal the foreign money through paper transactions, deceptive schemes, suborning others to take part, or doing anything at all which puts people in the position of continuing the lie and cause them to file false returns and reports in the future.

The point here is very simple. The IRS is receiving plenty of applications on behalf of decedent’s estates to enter the Offshore Voluntary Disclosure Program. There are more than a few families who are wondering what on earth Dad was thinking when he set up the secret account in the first place. There are many heirs right now who are not the least bit happy about having to engage specialists in foreign tax issues and private investigators to clean up the mess caused by someone’s incredibly bad investment strategy.

But more importantly, people who may not be around five or ten years from now when the government finds out what they had overseas should think of the position in which they are placing their loved ones because of their own unwillingness to face the reality of the post-modern digital world.
Posted by Steven J. Mopsick at 1:50 PM