I am pleased to republish, with the permission of Tax Analysts, this excellent letter by Richard Westin. Mr. Westin comments on the issues  taxpayers  face when complying with the complex rules covering voluntary disclosures and OVDI. 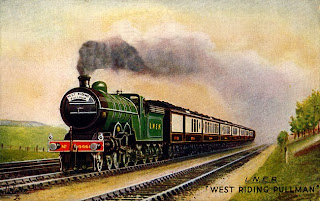 For reasons of its own in June 2012, the IRS announced a much-needed set of streamlined filing procedures for non-resident U.S. taxpayers, to go into effect on September 1, 2012. The procedures apply to nonresident, non-filer taxpayers, including U.S. citizens who are dual citizens. In making the announcement, the government explained that there was a population of innocents abroad who could be relieved of past failures to file federal income tax returns or FBARs (Form TD F 90-22.1) who, "have recently become aware of their filing obligations and now seek to come into compliance with the law."

The idea is laudable because there are indeed large populations of people overseas who hold a U.S. passport but have never given serious thought to their duties to the IRS. For example, it is common for residents of the Bahamas to make the short trip to the United States to have their babies delivered. Likewise, many Mexicans hold U.S. passports because they are children of a U.S. citizen, but were born in Mexico. As is the case wherever a child is born abroad to a U.S. citizen, the parent can go to her closest American embassy or consulate to apply for a "Consular Report of Birth Abroad of a Citizen of the United States of America" (or CRBA) to document the claim to U.S. citizenship at birth. If the consulate or embassy concludes the claim is true, it will approve a "CRBA application" and the State Department will issue a CRBA (Form FS-240) in the name of the child. That clears the path to getting a U.S. passport. It's easy, so it's done often.

So far, so good. Now assume the flap over FBARs and the recent spate of Intergovernmental Agreements under FATCA sets off a storm of interest in the newspapers of Mexico or the Bahamas and suddenly a large population is tipped off to the situation.

The poorest will likely do nothing, given the complications they perceive. Some might learn of the Streamlined Program,1 others might not. Some will turn their backs on the issue and assume they are safe from the IRS. Yet others will look at the program and see if it might solve the problem they perhaps never thought they had. Now let's look at the demands, not from the formal side, but from the questionnaire the IRS demands the taxpayer fill out. This is where the major lumps in the program are.

If the taxpayer meets the tests below he can purge himself by filing three years of federal income tax returns (plus all the attachments) and six years of FBARs, but if the taxpayer did any of the following he is kicked out of the program:

These screens are too tight. Rather than bore the reader with tedious objections, I propose some questions:
FOOTNOTE

1 A good explanation is available at http://www.irs.gov/uac/Instructions-for-New-Streamlined-Filing-Compliance-Procedures-for-Non-Resident-Non-Filer-US-Taxpayers. See also the release -- IR-2012-65 (June 26, 2012)
Posted by Steven J. Mopsick at 11:01 AM