New Filing Procedure For Americans Abroad; Too Little, But Not Too Late

On June 26, 2012, the IRS announced a new filing compliance procedure for non-resident U.S taxpayers. The procedure provides that current non-residents including dual citizens, who have not filed U.S. income tax and information returns, may file three years of delinquent tax returns and six years of delinquent FBAR's without fear of IRS punishment. Provided the delinquent returns are (a) "simple returns," (b) the IRS determines that the taxpayer’s package presents a "low level of compliance risk" (c) and the returns show less than $1,500 of tax due for each year, the taxpayer can expect an expedited review process possibly resulting in no assertion of penalties or further follow up procedures. The notice makes it clear that this new procedure is not a substitute for a voluntary disclosure nor the more formal OVDI 27.5% tribute program and that if a taxpayer has a well-founded worry about the risk of criminal prosecution he better consult a lawyer. 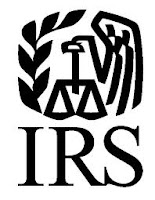 The new program is a good idea and is perhaps more notable for what it says between the lines rather than in its explicit details: the program says to me that the IRS has the ability to use common sense and good judgment in culling out the "no brainer" situations where the "one size fits all" approach of the OVDI program just doesn’t make sense. Also, it is an admission on the part of the IRS that they didn’t think the OVDI program through carefully enough to anticipate what must be an overwhelming flood of OVDI applications which are now clogging the system, many of which really do not belong in the program in the first place.

There is clearly good news here because it is a great chance for some people with simple returns to get an almost free pass to the world of future compliance assuming they really care about their status with the IRS.

The problem is the new program will only apply to a tiny fraction of the Americans abroad with real tax issues. Moreover, many of the folks who qualify to file "simple returns" with little tax due already have one foot out the door when it comes to American tax compliance and could care less about what the IRS thinks. Also many should feel some sense of vindication because (1) it is an IRS admission that its menacing public pronouncements notwithstanding, its OVDI "bluff" has been called and (2) it is a public acknowledgement that the IRS has known all along that it "just had to do something" to tell the world that there should be, and can be a mechanism available for low level IRS workers to use common sense and good judgment when they process simple cases.

But the IRS is fooling itself if it thinks that many people are going to jump on the band wagon as a result of the June 26 announcement. Many Americans abroad will read the new program as a better chance to argue "reasonable cause" or "no tax avoidance motive" at some time in the future, if and when the IRS ever catches up with them. The reason is, the IRS will find it hard to argue that the publication of an obscure announcement in tiny print on its web site is sufficient notice to the entire world-wide expatriate community that they are now on notice that they better act now to get into compliance or risk a heavy hammer if they don’t develop a healthy fear of what the IRS could possibly do to them.

It should be clear to even the most paranoid expatriates that ignoring the new program will in no way increase their chances of the IRS opening a criminal investigation against them, nor should anyone believe that the failure to elect the "simple returns" procedure or the draconian 27.5% tribute program will result in the IRS throwing the penalty book at them in the face of the remote possibility that they will get caught by the IRS at some time in the future.

The new procedure is "too little" because my guess is when the IRS announces the details, "simple returns" are likely to include those with only a schedule A and B and not much more. If there is a small amount of "economic activity" in the United States, if a taxpayer is doing business abroad through a corporation or partnership, if there is a relatively small amount of US source income, a legitimate trust or foundation to support an elderly relative, a foreign mutual fund or PFIC, a residency or filing status issue, or any complication at all which would cause a return to require a regular revenue agent’s attention (as opposed to a lower level office auditor) those taxpayers will have to go through the rigors of the OVDI 27.5% tribute program or a noisy disclosure outside the program if the practitioner has the guts to stand fast and look the IRS straight in the eye.

The new notice is also a fresh reminder to all the "back door" professionals who have been suborning the use of quiet disclosures to knock it off now because there is simply no excuse for a quiet disclosure in light of the notice’s invitation to just write the IRS a letter and explain where the client has been for the past several years.

The new program is not "too late" because it says finally, that (1) there is in fact a de minimus amount of unreported income which will be excused contrary to the OVDI FAQ’s, (2) a noisy disclosure outside the 27.5% tribute program will be ok to show reasonable cause for failure to file income and information returns AND FBAR's, and (3) legitimate retirement and savings plans are not at risk for IRS abuse or confiscation.

The new program is a good start. We hope that in the future the IRS will continue to issue further guidance and be a bit more broad-minded when defining "no brainers."