WHAT HAPPENS TO ALL THE AMERICAN TAXPAYERS WHO CONTINUE TO HOLD OFFSHORE ACCOUNTS? 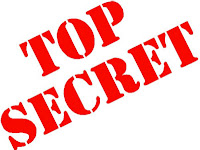 As the IRS keeps up the pressure on U.S. taxpayers who are using offshore financial accounts and foreign investments to avoid U.S. taxes, many people who have been losing sleep over what to do about their foreign accounts  and  real estate  in Panama,  Belize and elsewhere, are not aware of a very  poorly kept government secret: the IRS does not have nearly enough people to open criminal investigations on the great majority of taxpayers who have been committing offshore tax evasion and filing false returns.  This is true even in cases where there has been a long-standing failure to report income from foreign accounts as well as failing to checking a box on the form 1040 acknowledging the existence of a foreign account which has been on the form 1040 for over a decade.

In fact,  the IRS would be just as happy to have offshore tax cheats “come in from the cold” and simply start reporting their offshore income rather than open up a whole series  of new criminal investigations. As a former IRS manager who had to keep track of the opening and closing of hundreds of tax shelter cases as well as a multitude of IRS enforcement “projects” on abusive schemes, there is no way the management culture of today’s IRS would waste time and money opening up new files on cases the IRS Commissioner and Chief Counsel would never urge the Department of Justice to pursue.

Since the days of Al Capone, the relatively small group of IRS investigators called Special Agents has  been considered some of the very best financial investigators in the federal government.  Right now, the IRS Criminal Investigation Division is overwhelmed by the glut of low hanging fruit in leads made possible by the two successful Offshore Voluntary Disclosure Initiatives in 2009 and 2011. But what the IRS really wants is more voluntary compliance.

People put money offshore for a number of reasons only some of which are to avoid the reach of the tax man. Some people believe they don't have to tell the IRS they are putting dollars away offshore in real estate, savings accounts, and legitimate trusts because the money invested has been previously taxed in the U.S.  Also, few people know there is a new, equally important duty to report the existence of foreign entities even though the funds are reinvested in the United States as long as the ownership trail leads to an offshore trust, corporation, partnership, foundation or other entity, legitimate or otherwise.
Moreover, a whole new set of reporting requirements take effect this very next filing season.

Simply on the basis of limited IRS resources, few people with offshore assets are going to jail anytime soon.  The reality here is, it’s all about the civil penalties, and this is where the focus should be. There is a vast difference between a person’s civil penalty exposure if the IRS comes to you first, as opposed to what a taxpayer ends up paying if the IRS is approached before the dreaded audit letter arrives inquiring about your offshore assets.  At the end of the day, most people can count on avoiding a three year criminal investigation and the fairly remote possibility of an IRS referral to the US Department of Justice for prosecution.  But once the back taxes and interest are accounted for for the past six years (even if the cheating has gone on for decades), some people will get away with little or no penalties. Others will be hit so hard, they may lose all of their foreign nest egg as well as a good chunk of their domestic assets to pay the penalties which the IRS has the discretion to  stack up against  Americans who have been hiding income offshore.

With the enactment of FATCA (to be discussed in our next blog) the time has passed for Americans with offshore assets to keep their head in the sand. Willful blindness will no longer save the day.  Americans with long standing offshore assets would be wise to consult with a qualified tax professional before they file their 2011 tax returns.  Make sure your tax person is up on the new rules—bank secrecy is dead. It’s a whole new ball game.